Did the title grab your attention? I want to talk to you the reader about a fetid evil lurking in the hearts of our country. Oh wow a woman and woman of color at that talking about Misogyny.

Well folks before you click away from this blog post I want you to think about the fact that we collectively as a country suffer from internalized misogyny. And how it is hampering our political progress. In our nation’s two hundred and forty two year existence, we have yet to elect a woman as either Vice President or President of these United States.

Worse yet? The only non straight white male POTUS our country ever had was our forty-fourth president Barack Obama. In 2016 we had the ability to elect one of the most qualified politicians ever to run for office. And unfortunately due to election tampering, voter apathy and electoral college fuckery…(I said what I said) We ended up with a reality TV show reject with a bad perm, spray tan and will go down as the worse president in US history. That aside there is another serious reason we watched what should have been a historic election in 2016 turn into the most depressing day of many of our lives. Misogyny.

Goofy acronyms aside misogyny is a serious issue, one where even women engage in it. The mistrust of strong female leadership is so ingrained that several women I spoke to on and off social media parroted the same Anti-Clinton talking points. I just don’t trust her, I would vote for a female, just not that female, shes not strong enough… the list of nonsense went on. So I conducted a thought experiment using two women who I feel have a strong potential for a dynamic Democratic ticket in 2020. Senator Kamala Harris from California a prosecutor who is known for making Trump nominees squirm and taking no ones foolishness. And Senator Tammy Duckworth of Illinois, a Iraqi War Veteran who literally risked her life and gave her limbs (partial use of her right arm and is a double leg amputee) She is of dual citizenship and can claim a right to run in the same way Senator Ted Cruz (R) of Texas did in his 2015 Republican presidential bid. I even made a banner for these two women:

Needless to say both of these women’s reputations precede them, yet it was not long before the naysayers had their digs in. Men and not surprisingly women of the Caucasian variety and a few Anti Harris Hoteps could not wait to jump into my mentions with their negative attacks. In fact there are already a crew of white male journalists circling talking points like “Harris is overrated.” Why? Because they fear the rise of two strong competent women into the ranks of the most power leaders in the country. It is because of this those of us who are truly ready for a change will have to fight for it. We cannot just say we want change we have to be it. Fighting for any POC/LGBT/Women/Non Christian candidates will get us a government that represents and reflects us. But sadly we women have to really push for this.

In January 2017 women surged on DC to protest Donald Trump being inaugurated as president. It inspired marches around the globe. Yet we still cannot seem to tackle our worse stumbling block. Internalize misogyny. Until this happens we will not break or even crack the glass ceiling. And we will continue to live in a mentality where we tell our daughters they will never be able to be president. I remember hearing that id never see a black president and how sad it made me feel. Hearing folks say that about a female VP or POTUS does not sadden me… It pisses me off! I am mad, ready to fight for the change we deserve.

I hope I am not alone in this fight but I will do it solo if I have to. 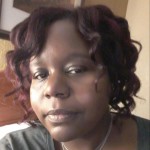 What a Horrid Time To Be An American

I wonder if there ever was a good time to be American? Born as an “other” lowest in color and gender, I can’t remember any time I felt particularly good. But never before did I feel so much shame and depression being American. Watching this country devalue humanity, spray people seeking assylum with harmful gas. […]

The Problem With Vote Blue No Matter Who

Voting Blue No Matter who is a mentality that could hurt our party in the long run.